Lovely words from a recent review of FALLEN TREES.

If you're looking for a holiday gift for a book lover in your life, FALLEN TREES is (if I may say so myself) a good choice. I say that because people of all ages and backgrounds have written to me to say how much they enjoyed it.

I had a feeling after I'd finished the book that it would resonate with readers....and so far the reaction has verified my instincts. That's immensely gratifying, because I believed in the story and was convinced it would find an audience.

You can order FALLEN TREES through Amazon or, if you prefer to support an independent bookstore (and I know many do), you can order from Watermark Books in Wichita. 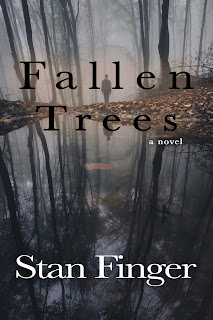 I stopped in at Watermark Books for a few minutes on Saturday to check on a few things.

While I was there, I noticed they had moved shelves around a little. I went to see where my book FALLEN TREES happened to be and was pleasantly surprised by what I found. 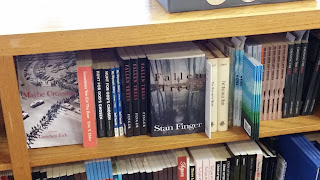 Authors have told me getting "face out" space in a book store is a bonus in a bookstore because it allows readers to see the cover without digging the book out of the shelves. I was pretty happy to see that.

If your book club is looking for an engaging read and some lively discussion, consider FALLEN TREES. A number of local book clubs have already put it on their reading list and I'll be meeting with one of them on Nov. 21. I'm looking forward to that. 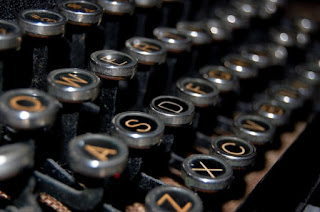 I like where the story is going and how we've arrived there. Pecking away at the keys as part of NaNoWriMo, it's like getting to know old friends again.

No, not all 40,000 words have been written in four days. I pretty much shelved the book for the last 7 months or so, after we learned of my mother's cancer diagnosis and her eventual passing in early June.

The muse shut down, just as it did 14 years ago after learning of my youngest sister's diagnosis of breast cancer. Fortunately, she was able to beat it and is doing very well now.

And, fortunately, the muse was merely on hiatus, as SHATTERED RHYMES has shown. It's a very different book than FALLEN TREES, but like FT it's a story that wouldn't let me alone. Once the idea sprouted, the muse kept tugging at me with more and more details until I realized I had to do something with it. I have no word count goal or timetable for completion, but I've got to keep going until it's done.

And then the hard work begins, as any writer will tell you: honing the drafts until it's tight and gleaming. If the reaction to FALLEN TREES has taught me anything, it's to trust my instincts.

Time to join the party

November is National Novel Writing Month around the nation, during which writers strive to write a book within the next 30 days.

I've never officially taken part in the venture, simply because my job has always been so demanding that I couldn't promise to have much time to devote to writing a book.

But I'm going to dip my toes in the water this year just to see how it goes. I won't vow to start and finish a novel or write a minimum number of words each day. I'll just work on either SHATTERED RHYMES, the novel I'm currently writing, or see if the muse wants to get started on something else.

After all, I have a half-dozen novels waiting their turn - and the muse is even stirring some on a potential sequel to FALLEN TREES (which would be good news for all the readers who have been demanding one).

It may seem a folly to throw together a novel in 30 days, but as this story shows, some really good work has been produced. Yes, I was surprised, too. 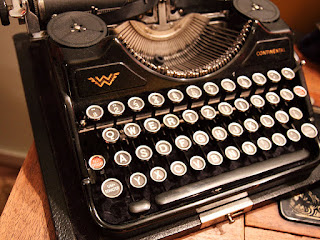 Oh, they can still be excellent without one, but a good bookmark sure comes in handy when you're reading.

I finally got around to ordering some for FALLEN TREES and they arrived today. I'll be handing them out at appearances down the road, such as the Watermark Literary Festival in December and at gatherings with book clubs that have chosen my book to read and discuss.

I thought they turned out well. What say you? 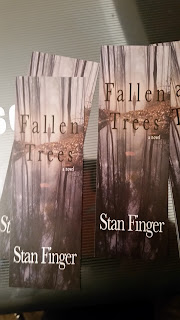