Stories I would have loved to hear

I went to four cemeteries this Memorial Day with Mom to decorate the graves of loved ones. While I was there, I photographed the graves of several veterans. 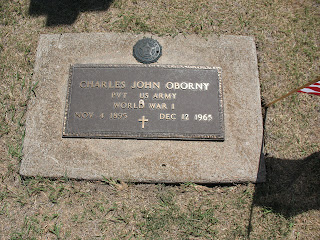 I didn't know any of these men...more than one served in World War I, in fact. 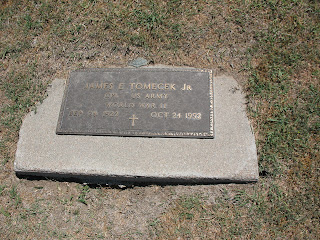 It would have been fascinating to sit down with them in some way to hear their stories. My experience as a reporter is that it is easier for combat veterans to share their stories with strangers than it is to talk to loved ones. Why? They told me they didn't want those close to them to know how much they suffered, because they knew it would be hard on those who love them. 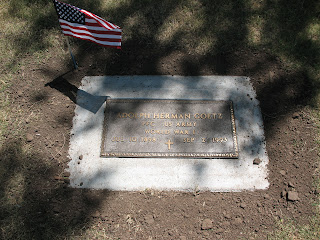 There's really no way to convey in words the horror of war, the helplessness of being pinned down on a beach, the absolute terror in charging an enemy fortification such as the Seigfried Line with machine guns mowing down your buddies or flamethrowers incinerating men so close to you the odor of their burning flesh singes your nostrils. 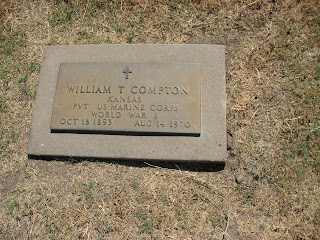 For those who served in the trenches of World War I, how do you convey the sense of impending doom when you've been ordered to charge well-established, well-armed trenches through No-Man's Land? How do you explain the feeling that sweeps over you when someone yells "Gas!" and your gas mask has been shot to pieces?

My father served in World War II, from January 26, 1945, until late April, when he was hospitalized with pneumonia that he contracted after inhaling poison gas. He was still in the hospital when Germany surrendered, and he rejoined his unit at Hitler's Eagle's Nest in Berchtesgaden about a month later.

He told me decades later he wasn't concerned when the buddies in his unit admitted they were scared. It was the ones who never felt fear that worried him. They wouldn't know when to take cover, when to hold back, when to push forward in a coordinated attack that gave the mission its best chance to succeed. Those, he said, were the dangerous ones.

These soldiers are silent now. They stand in the pantheon of Americans who stepped forward when freedom was under fire, when our nation was under attack. The price they paid is a too-often-ignored reminder that freedom isn't free.

Memorial Day is a wonderful opportunity to tell them "thank you," but our gratitude shouldn't need calendars as reminders.

I salute you, gentlemen.

Remembering a snowy day in France 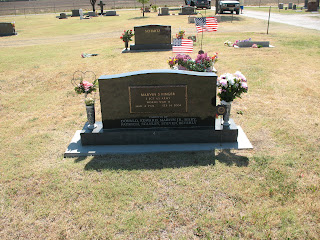 His first day of combat was in the woods outside Holtzwihr, France. The halftrack Audie Murphy used to singlehandedly repel a German counter-attack - for which he was later awarded the Medal of Honor - was still burning. Soldiers on both sides were still moaning in pain from their wounds. He would suffer his first war injury that very night, and should have been killed more than a half-dozen times. But he fought valiantly and returned home to build a life on the Kansas prairie. He always said the American flag was one of the most beautiful sights in the world, because it symbolized freedom. Rest in peace, Dad --- and thanks for your service to our country.
Posted by Stan at 4:01 PM 1 comment:

Had a tough day? This video clip of a daughter trying to cheer up her father on the field after his team has been relegated from the Eredivisie in Holland is simply adorable.
Posted by Stan at 8:40 PM No comments:

This blogpost about the role of fathers is a potent reminder of just how key a role they play in the lives of their children.
Posted by Stan at 5:46 PM No comments:

The muse is a fickle mistress

I have several writing projects in various stages, above and beyond the work I do for the paper.

One of them is a children's book based on the stray who wandered onto our family farm last October. He had clearly been on his own for months, and based on his timidity toward humans must have been badly abused by his previous owner(s). 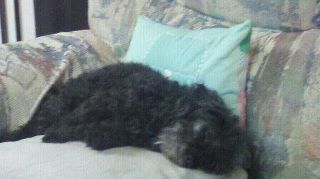 The heartwarming story of Curly's journey toward trust and acceptance as Mom coaxed him back to health and happiness touched many folks on Facebook - some of whom urged me to write a book about it. It seems best-suited for children, so I'm trying that approach. Mind you, I've never written a children's book, so this has been something of an adventure for me.

I'm learning the best place to work on the story is anywhere but home ---- the laundromat, a bar, a restaurant booth.....each of these locations has seen things flow like they never have here in my apartment.

It's become such an evident pattern I'll simply have to honor the muse's preference while I finish and then hone the project. That's part of the mystery and majesty of writing, though, so I'm hardly upset.

These small discoveries are always part of the ride.
Posted by Stan at 1:23 PM No comments:

Delirium, thy home is Manchester

In the most incredible late twist I've ever seen in a major sporting event, Manchester City scored two goals in the last 5 minutes to win a match that gave them their first championship in English soccer in 44 years.

Manchester City had to match hated cross-city rival Manchester United's result to win the title on goal difference, and United defeated Sunderland 1-0. In fact, when the final whistle blew for United's match, the Red Devils were poised to be crowned champions - for the 20th time.

And then this happened:

Manchester City swept both matches against United this season and were consistently the better team throughout...so the right team won it.

It's all the sweeter for me because I'd adopted ManCity as one of my favorite teams in England several years ago when I first began paying attention thanks to storm chasing friends I made who live in the U.K. Thanks to new (and insanely wealthy) owners, they've been able to assemble an impressive squad that has shifted the tide of power in Manchester...and England.

If you want to see it in English, here you go.

That may hardly seem noteworthy....except Michael is 6. He was born with cerebral palsy, and doctors said he would never walk.

Good thing he didn't listen. He learned to walk while his father was away on deployment, and his family decided to surprise his father with the great news upon his return.

I was in tears before the video ended.

It's been five years now since a massive tornado obliterated Greensburg, Kansas....

....this raw video shot by Lanny Dean that night - May 4, 2007 - shows the tornado's development and monstrous size. A caution for viewers - there's some adult language on it, and I'm not surprised given the gravity of what was unfolding.

A killer tornado in Japan

Speaking of tornadoes elsewhere in the world, here is video of a tornado that killed a teenager in Japan earlier today.


Storm chaser Reed Timmer reported Japan has had at least 16 tornadoes since 1950....many of them large and deadly.

Here is video of damage caused by that tornado.

Ach du lieber! A tornado near the Stuttgart airport

Yes, they have tornadoes in Europe, too. Here's one that touched down today near Stuttgart's airport.